The Casa/ The Hun

The lights go dim and soft music plays as you take your seat. A program is placed in your hands and you see a square picture of the girl in the blue dress who told you about the plays.

You learn her name is "Sammie" and she claims that she has grown up on the complex he whole life. You see other vaguely provocative pictures of young girls one or two young boys on the inside pages.

Soon a spotlight shines on stage and Sammie walks across the stage without a thread on her body.

You learn that Sammie has a vine-of-thorns tattoo that circles her whole body, and centered on her undeveloped breasts - little piercings on her nipples. 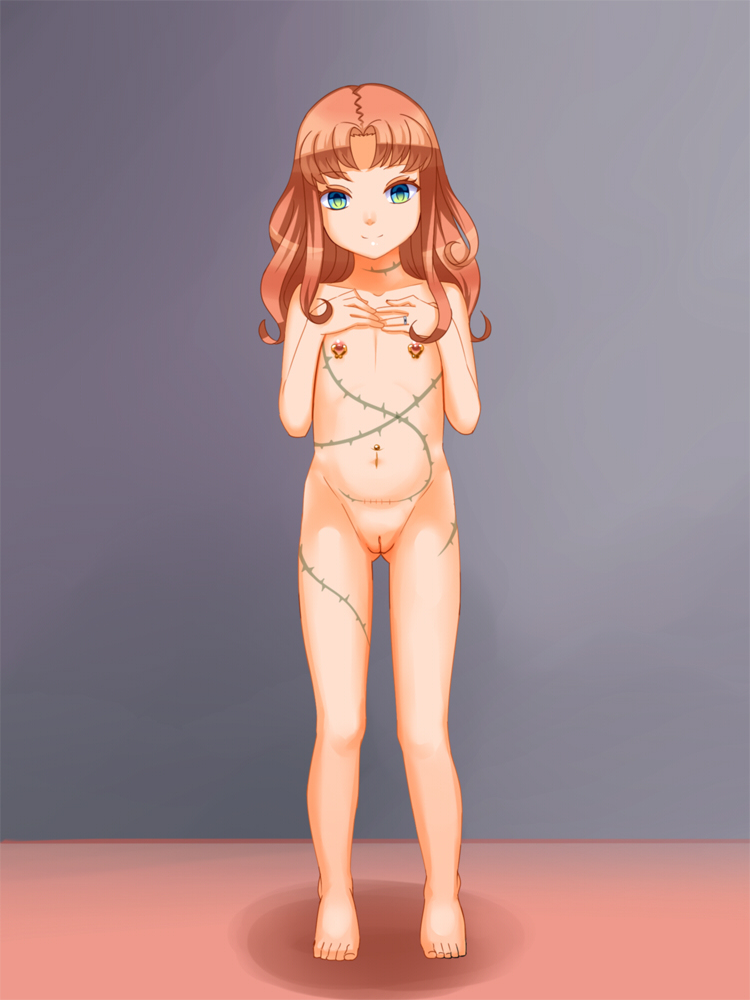 "I" she announces "Am sad," She sings, putting on brown peasant clothes that she picks up from the floor. The music swells.

"my clothes are bland, the sun is hot my floor is sand.

How hard I try, It matters not for here I stand!" With feigned despair Sammie takes wide, sloping steps, followed by the spotlight, as the melody changes.

And they care for their dumb mud huts so sweetly and there's only dust inside their heads."

"But I," Sings Sammie earnestly coming to her knees, "I want to be something grand" She speeds up

"I'll take the world from your hand- you'll get more than you planned!"

At this the curtain parts noisily to reveal a cardboard village scene with mostly little girls playing various peasanty roles, carrying buckets on a yoke, running, hanging laundry, a "mother" spanks an insubordinate "child" who is bent over her knee. A somewhat older boy kneels in a minimalist outfit of sheep ears and tail.

Suddenly there is a rumble, and from stage left a tribe of Steps-people emerge on stick-horse back, bows drawn mock-dangerously.

Riding in on the back of a nude male of about sixteen with a horse-tail butt-plug Genghis himself enters, striking awe into everybody onstage. The Khan is himself a boy of about fifteen or sixteen, wearing leather armor with many paper weapons tied to his back, and a real looking whip clipped to his side.

"I am the Khan!" Roars Genghis, and all quake, Mongol and villager alike. "You have two options." The Khan continues, stepping off of his mount and rising to a greater height.

"Your village may submit to me completely," He eyes the little girls playing villagers meanly. "Or," he growls ominously, "You may all be wiped off the face of the earth!"

The villagers quell in fear, and the barbarian hoard smiles at each other.

"You have twenty-four hours to decide. We have surrounded your village. If anyone attempts to leave, it will be the end of all of you."

The Khan's eyes cross the stage and land on little "Chambui."

He points to her. "You will come with me."

Two Mongols grab Sammie by the arms and drag her off stage following the Khan on his human mount.

A well developed girl of about 14 with bouncy brown curls lifts what is apparently a live infant out of a baby-carriage, kisses it passionately, and then slides her strap-on dick into the baby's mouth.

A forlorn and buffoonish looking genuine male takes to happily mouth-fucking the boy-sheep.

Meanwhile the most petite blond girl with the largest black penis fucks the pain-faced girl who was being spanked as the play-mother looked on, restrained, make unable to look away by the loli hoardsmen that is shoving her silicone dick into her pussy.

All across the stage girls wail and moan as the horse-archers use them as objects to fulfill their most barbaric desires.

The curtain closes for a moment before re-opening to reveal Sammie and the Genghis Khan alone on stage.

Sammie now has only a white silk cloth wrapped around her flat chest and another around her waist. The Khan reclines on an over-stuffed sofa.

"Girl," orders the Khan, "Come and untie my pants." When Chambui hesitates the Khan says "Your friends and family are all being raped and killed by my warriors. Do you believe that you are better than them?" Chambui sobs gently (and convincingly) and approaches the Khan, undoing the cord at his waist.